McLane Group founder, Drayton McLane Jr., grew a small grocery business into what is now one of the largest foodservice distributors in the world — McLane Company. By implementing innovative technology and efficient business practices, he expanded the family business into a multi-billion dollar enterprise. Drayton McLane Jr. was one of the first to develop and use emerging technology to streamline large scale supply chain operations

The McLane Name at the Forefront of Innovation 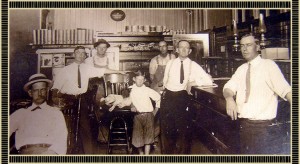 The story begins in late 1800s when McLane’s grandfather, Robert McLane opened his first retail grocery business in Cameron, Texas. In 1894, the retail operations shifted into the wholesale grocery business, marking the beginning of McLane Company, Inc. When Robert’s son, Drayton Sr., graduated from college in 1922, he joined the growing family business where he worked for over 60 years.

When Drayton Sr.’s young son, Drayton Jr., turned nine years old, he spent his Saturdays and summers working at McLane Company stacking inventory and sweeping floors. During his teenage years, he worked in many other areas of the business. Drayton Jr. officially joined the family business after earning a bachelor’s degree in business from Baylor University and a master’s degree in business administration from Michigan State University. 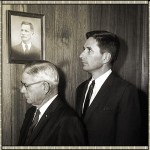 food stores, and family owned business around Texas. They were one of the first to computerize the distribution system, a key move in McLane Company’s success.

Drayton Jr. eventually became president and CEO of McLane Company in 1964 and held this position for thirty years. During his tenure, he moved the company from Cameron to Temple, Texas to take advantage of the central location for distribution. Eighteen distribution centers were built around the United States.

Innovative solutions, along with the McLane family’s enduring standards and unwavering commitment to customer service, allowed the company to achieve a high level of customer satisfaction and profitability. Throughout the following decades, McLane Company accomplished average yearly sales growth of 30% or more.

Sheriff Blaylock: A Family Tradition of Service and Honesty 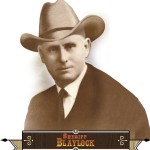 While the McLane side of the family was establishing a wholesale grocery network, Sheriff Leonides Leonard Blaylock was keeping law and order in Milam County in Central Texas. The grandfather of Drayton McLane Jr. and great-grandfather of Drayton III and Denton McLane, L. L. Blaylock was a kind and fair man who gained the respect of both the citizens and inmates of Milam County. Blaylock moved with his family to Cameron, Texas in 1915 and served as deputy sheriff throughout 1918 to 1935. Today, his memory lives on through the Blaylock family recipe served at restaurants and entertainment complexes around the country. The All-Beef Chili is a signature product at Classic Foods, a McLane Group Company. 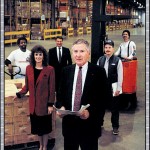 Central Texas. This grew into a strong business and personal relationship between Drayton McLane Jr. and Sam Walton. There were many similarities between the two companies and their respective owners — both were founded in small town America on strong dedication to customers and employees; both were committed to honesty, integrity, and high ethical standards. It wasn’t surprising the two acclaimed businessmen became personal friends through the years.

In 1990, when Drayton received a call from Sam Walton announcing a trip to Temple, it seemed natural considering their relationship. When he heard David Glass, Walmart’s president and CEO would join them, the meeting became more interesting. The visit started with the usual tour of the local Walmart, but then the unexpected happened. Walton and Glass announced the true meaning of their journey — they wanted McLane Company to merge with Walmart.

“My initial reaction was No!” said Drayton. Through the years he had many offers to buy the company and never seriously considered any of the proposals. This time, he talked it over with his family and stakeholders for the company. They decided the deal was a great growth opportunity for the company and the employees.

In 1991, McLane and shareholders sold the company to Sam Walton for 10.4 million shares of Walmart stock and $50 million in cash. He remained with the companies, serving in executive positions until 1993. 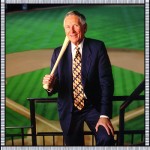 Shortly after the Walmart merger, Drayton Jr. founded McLane Group, a holding company for his various business ventures. After building a multi-billion dollar enterprise through visionary leadership with McLane Company, it was time to take on a new challenge. In 1992, one of McLane’s first and perhaps most notorious purchase was the Houston Astros baseball club. Under his leadership, the Astros won five division titles, built a new stadium, and played in the team’s first World Series.

Through the years, Drayton McLane Jr. has shaped a diverse portfolio within the McLane Group. Currently, the holding company is comprised of several entities within the technology industry, global logistics, and food production. Past ventures range from international distribution to food importing and production. In addition, Mr. McLane has investments in several joint business ventures within the information technology market.

The McLane name is synonymous with a strong commitment to quality and innovation. Drayton McLane Jr. began his career assisting his father in the family business, building a strong grocery distribution network that grew into one of the largest distributors in the world. Today the heritage continues through McLane’s sons Drayton III and Denton, while the family tradition of excellence remains within the collection of McLane companies.